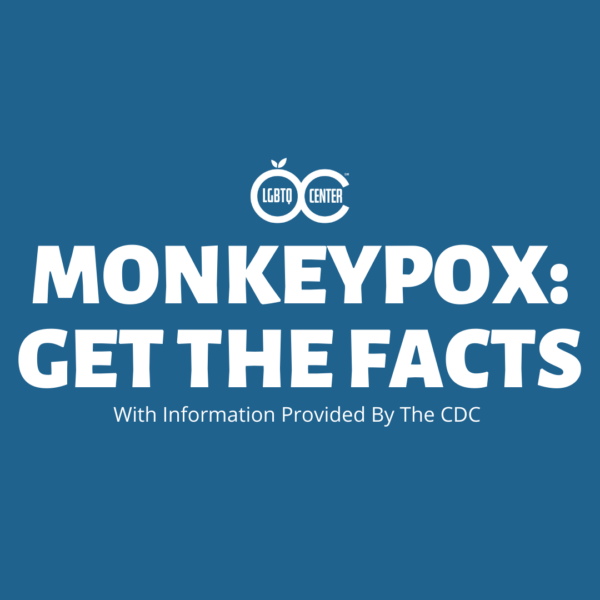 As of August 2022 the state of California has declared a state of emergency in response to the recent monkeypox outbreak in the United States.

Monkeypox was discovered in 1958 when two outbreaks of a pox-like disease occurred in colonies of monkeys kept for research. Despite being named “monkeypox,” the source of the disease remains unknown. However, African rodents and non-human primates (like monkeys) might harbor the virus and infect people.

The first human case of monkeypox was recorded in 1970. Prior to the 2022 outbreak, monkeypox had been reported in people in several central and western African countries. Previously, almost all monkeypox cases in people outside of Africa were linked to international travel to countries where the disease commonly occurs or through imported animals. These cases occurred on multiple continents.

Why is this a concern for the LGBTQ community?

While anyone can get monkeypox, reported cases have found that 99% of patients with the virus are men and 95% are men who have sex with men (WHO). It is important to not only combat myths about monkeypox and our community, but to also provide the resources for those at high risk.

How does monkeypox spread?

Monkeypox can spread from person to person through direct contact with the infectious rash, scabs, or body fluids. It also can be spread by respiratory secretions during prolonged, face-to-face contact, or during intimate physical contact, such as kissing, cuddling, or sex.

Monkeypox can spread from the time symptoms start until the rash has fully healed and a fresh layer of skin has formed. Anyone in close personal contact with a person with monkeypox can get it and should take steps to protect themselves.

Learn more about how monkeypox spreads.

What are the signs & symptoms of monkeypox?

People with monkeypox get a rash that may be located on or near the genitals (penis, testicles, labia, and vagina) or anus (butthole) and could be on other areas like the hands, feet, chest, face, or mouth.

Other symptoms of monkeypox can include:

You may experience all or only a few symptoms

What should I do if I have monkeypox?

What is the monkeypox vaccine & where can I get it?

The U.S. government has two stockpiled vaccines—JYNNEOS and ACAM2000—that can prevent monkeypox in people who are exposed to the virus.

Various clinics for the vaccine are currently being organized by private health organizers. See below for current known clinics in OC.

Is monkeypox an STI?

Monkeypox can more accurately be described as “sexually transmissible.” In other words, sex is just one of the ways that monkeypox can be spread. In the past, monkeypox outbreaks have been linked to direct exposure to infected animals and animal products, with limited person-to-person spread. In the current monkeypox outbreak, the virus is spreading primarily through close personal contact. This may include contact with infectious lesions or respiratory secretions via close, sustained skin-to-skin contact that occurs during sex. However, any close, sustained skin-to-skin contact with someone who has monkeypox can spread the virus. The contact does not have to be exclusively intimate or sexual.

Learn more about lowering your risk of monkeypox during sex.

The Orange County Health Care Agency is now opened a limited amount of additional slots via Othena for both 1st and 2nd Jynneos (MonkeyPox vaccine) doses.

Jynneos vaccine clinics are scheduled to run every Wednesday and Friday in September, as well as October 5th and 7th.

The Jynneos clinic will continue to be held from 10am to 7pm on these days at the SSA Central Regional Office (2020 W. Walnut Street, Santa Ana 92703).

Appointments are for those considered high risk individuals and who self-attest to meeting the criteria outlined below:

Gay, bisexual, and other men (including cisgender and transgender men) who have sex with men (MSM) or transgender women who meet at least one of the following criteria:

Have been diagnosed with a bacterial sexually transmitted disease (e.g., chlamydia, gonorrhea, syphilis) in the past 3 months, OR

Have engaged in chemsex or group sex with other men, OR

Have had sex recently with anonymous male partners, OR

Have engaged in survival and/or transactional sex, OR

Anyone living with HIV, particularly those with a CD4 count <350/mm3, an unsuppressed HIV viral load, or an opportunistic infection

Are part of other populations who are at high risk of monkeypox exposure, as identified through local epidemiological investigations. Among this group, persons who are living with HIV (particularly those with CD4 count <200/mm3 or an opportunistic infection) or other conditions that cause immunocompromise.

Today, CDC is announcing expanded eligibility for monkeypox vaccination so that more people may receive the vaccine before they are exposed to the disease. Vaccination remains an important tool in preventing the spread of monkeypox, and this public health measure is known as pre-exposure prophylaxis, or PrEP. 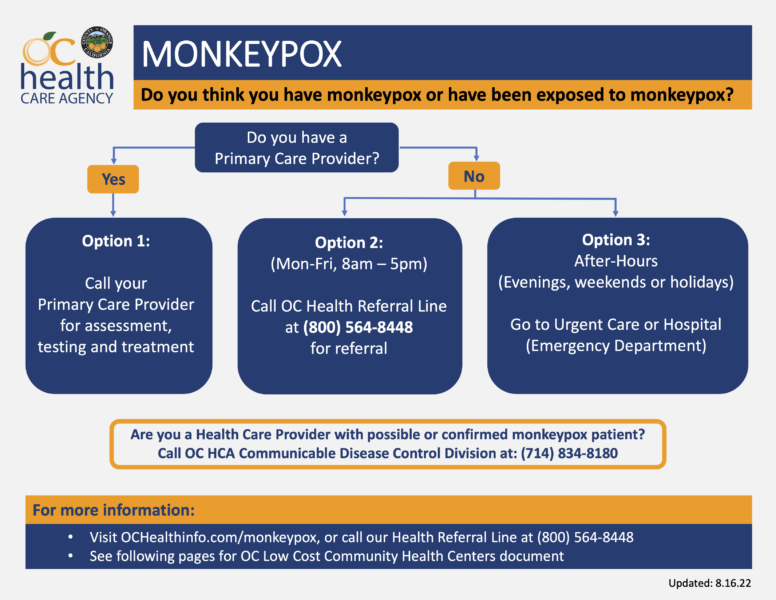